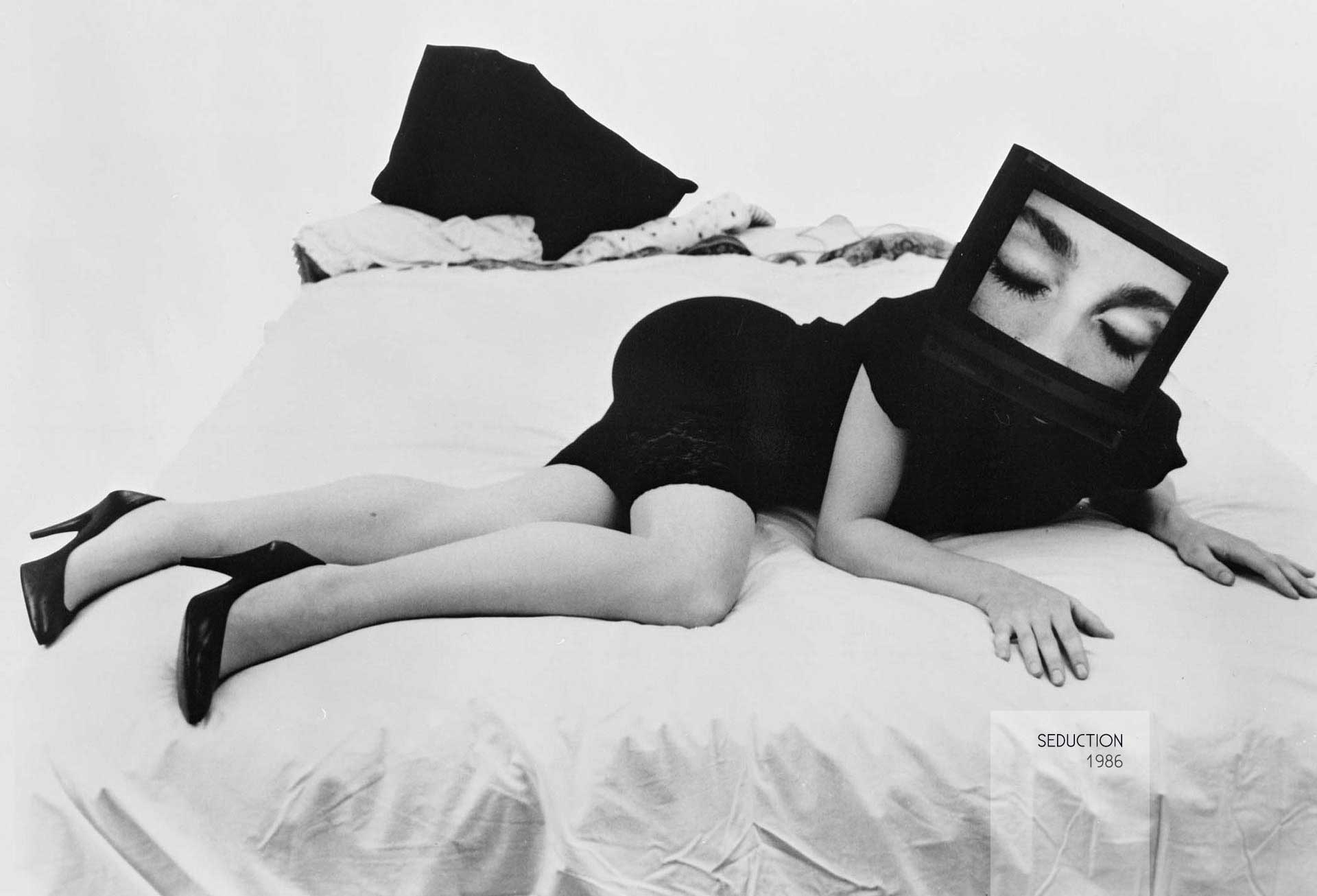 …and Spike Jonez knew all about it.

Lynn Hershman Leeson has been making art and films about the thin line between the real and the virtual for four decades. She is probably best known for two of her films — Conceiving Ada (I had a small role) (1997) and Teknolust (2002) — both starring Tilda  Swinton, which explore emotions, sexuality and technology and the ways in which they converge. Around 1999, while Leeson was working on Teknolust, she  contacted Spike Jonez, asked him to be in the film and introduced him to her online A.I. web bot ,“Agent Ruby.”

This interview is a combination of some text we exchanged via email recently with an interview I did with her back around 2005 for my long lost NeoFiles podcast. 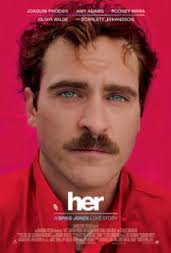 RU Sirius:  Spike Jonez’ recent film Her has received a lot of excitement and attention in  dealing with a man falling in love with an AI.  A piece on The  Atlantic talks about how your film Teknolust preceded the Jonez film by over a decade with many  of the same themes. But the author doesn’t know that there is actually a direct  connection between Jonez and Teknolust.

Can  you say a bit about the similarities and differences and about how Jonez might  have been engaged with your script and film?

Lynn  Hershman Leeson: In 1995, I began a film trilogy. The first was Conceiving Ada, based on Lady Ada Lovelace, who invented computer language. The second feature was Teknolust, which is about our attachments and love affair with technology and how it replaces the sex drive.  I am about to do the third and final film now.  The trilogy is concerned with how society is influenced by the  technologies of its time and how that affects not only that culture, but individual identity.

When  I was casting Teknolust, several of the actors and crew working on the film  suggested asking Spike Jonze to be in it. All of us, myself included, admired his work.

Around  that same time, I had the occasion to meet him at a friends’ home. I gave  him the script, offered him a part and told him about Agent Ruby, an  Artificial Intelligence bot that I made as an expanded part of the film, and who existed online for chats with lonely people. This was, I believe, 1999.

About a week later, he contacted me, said he liked the script a lot but was busy working on a project with David O. Russell and was not available.

We talked a few times about A.I. and Agent Ruby. No one I knew of had made a  web agent yet. It would take ten more years for SIRI to be invented. Agent Ruby was in the early stages of this technological possibility.  I told him that  one of my programmers had fallen in love with Agent Ruby and took her  everywhere with him, and constantly wanted Ruby around him while he (the  programmer) worked. He even slept next to her.

It was very difficult to make this bot in 1999. I think we used 18 programmers  from all over the world to complete Agent Ruby. She still exists at agentruby.net as part of the San Francisco Museum of Modern Art’s collection.

Ruby, one of 3 Autonomous Agents in the film, all played by Tilda Swinton, had an online chat room where she advised lonely  people about their life and relationships.  Her function was a bit similar to Theodore in Her. Both are dedicated to trying to keep people from getting lonely.

Below is the initial description of Ruby from my script

DESCRIPTION:  A multi-user artwork that creates a life breeding internal system than continually changes through use.  It will be a web agent that is shaped by and reflective of encounters and adventures that it has with users, and will be seeded to user servers through a site of origin or birth.
INTERACTIVITY: The user will be able to interact with the entity by “feeding it” sound, image and text.
The entity can initiate this interaction by “talking” to the user in intimate terms from material derived from particular hard drives.

At the time, we also created breeding stations  and had the AI Bot “jump species” or jump from palm to palm.  That technology is now obsolete.

Now, about the Atlantic Monthly article…  I never talked to the author who wrote the piece, but was pleased she saw the relationship, even though she didn’t know Spike Jonez and I had early discussions about our attachments and love  affair with technology. I am also pleased that, in time, more and more people  are coming to appreciate the themes.  It seems to have taken a decade for that to happen.

I’ve  always been intrigued with virtual people, virtual consciousness, the affect of  media on personal empowerment, image capture through surveillance systems and  how the lack of privacy and invasion of images shifts our identity and even who  we think we are.

Why? Because these are the landscape we live in daily, and this is what shapes perceptions, options and even freedom.

I  do think Spike Jonez was quite clever in how he waited to do this film and also about how he minimized the technology and focused on a love story. Teknolust  was a love story too, but it was not as accessible a decade ago.

RU: Virtual characters have been an ongoing theme for you for decades. Tell us about Roberta Breitman, your character from the early 1970s.

LHL: Roberta Breitman was just your average simulated person. I made this fictional person who lived in the Bay Area for almost a decade. She would go out and meet people and they would become part of her reality and she would become part of their fiction. She had her own clothes, her own language, her own way of dealing with the world. She would put ads in newspapers and meet one person after another… have one adventure would lead to another. She met maybe 30 or 40 people.

Eventually she started having real bad experiences. She went to an EST meeting and had her purse snatched.

I had some multiples. Three multiples would go out as her so I could prove that it wasn’t just me acting out a persona. So including me, there were four Roberta’s running around San Francisco at one point.

LHL: No. She was pretty consistent. She was like an interactive vehicle for dealing with life and the construction of identity… how we perceive things. She was kind of a negative space of reality.

RUS: How did you document all this? Did she keep a diary… or a video diary?

LHL: She kept a diary. And there were surveillance people who would get her out of jams. For instance, when she was asked to join a prostitution ring, they helped her out. She carried a tape recorder.

RUS: So was it a multimedia project in the sense that…

LHL: No, because she was pretty much dissolved into the environment. Very few people knew about her until she didn’t exist. She was exorcised in Lucretia Borgia’s crypt in 1978.

RUS: Ooh, an exorcism! That must have been fun… So nothing was revealed until the performance part of it was over?

LHL: And then people who were part of her adventure were masked when she was exhibited. We didn’t exhibit the people in her life, only the discards. You had her dental samples and blood samples and x-rays.

RUS: This seems sort of Duchampian. Duchamp is such a big influence on contemporary art.

LHL: He also created a persona, Rrose Sélavy. But he didn’t go into much detail with her. She would just appear here or there. She didn’t live for a decade or have the history or depth that Roberta had. But it was still a gesture that was very important.

RU: So you took the gesture and added some meat and bones and narrative.

LHL: I fleshed her out.

RUS: Tell us about your robotic dolls

LHL: 1995… totally robotic, surveillance dolls. The dolls had one of their eyes as a webcam and one as a street cam. They were tiny. They were called TILLIE and CYBERROBERTA — the Dolly Clones… Dolly Twins. You stood in front of them and you saw through their eyes, so you essentially become a cyborg when you used them. On the net, you could also move their heads 180 degrees. For me, it was a surveillance cam. If I was traveling, I could go to my office and see what my assistant is doing. And the dolls also pirated each others information. They had a mirror in front of them so you could see what they’re seeing.

RUS: Did anything strange happen when they interact with each other?

LHL: Yes. They became more or less aggressive based on their interactions. When you put them together, they started to define themselves differently and wanted to dominate the conversation.

RUS:  Is there an obvious connection between intelligent machines and the history of  cinema?

LHL:  Yes. If you think of the early Edison Peep shows that were interactive and took  a one on one viewer into the seduction as well as how the camera and camera gun  were created in the same era, and how they use the same language of shutter, capture, shoot, etc, and how they affect — in an often devastating way those —who are observed.

RUS:  What are you working on and how are you staying virtually ahead of everyone?

LHL: I have a 40 year retrospective and a  catalogue at the ZKM Media Museum in  Karlsruhe, Germany coming up in November 2014; part 3 of the trilogy that began with Conceiving Ada, which  is called THE INFINITY ENGINE. It’s a multiplatform, cross-media project that, through a feature film and an art installation, will expose the implications — ethical, physical and social — of how current DNA manipulation will affect all living things.