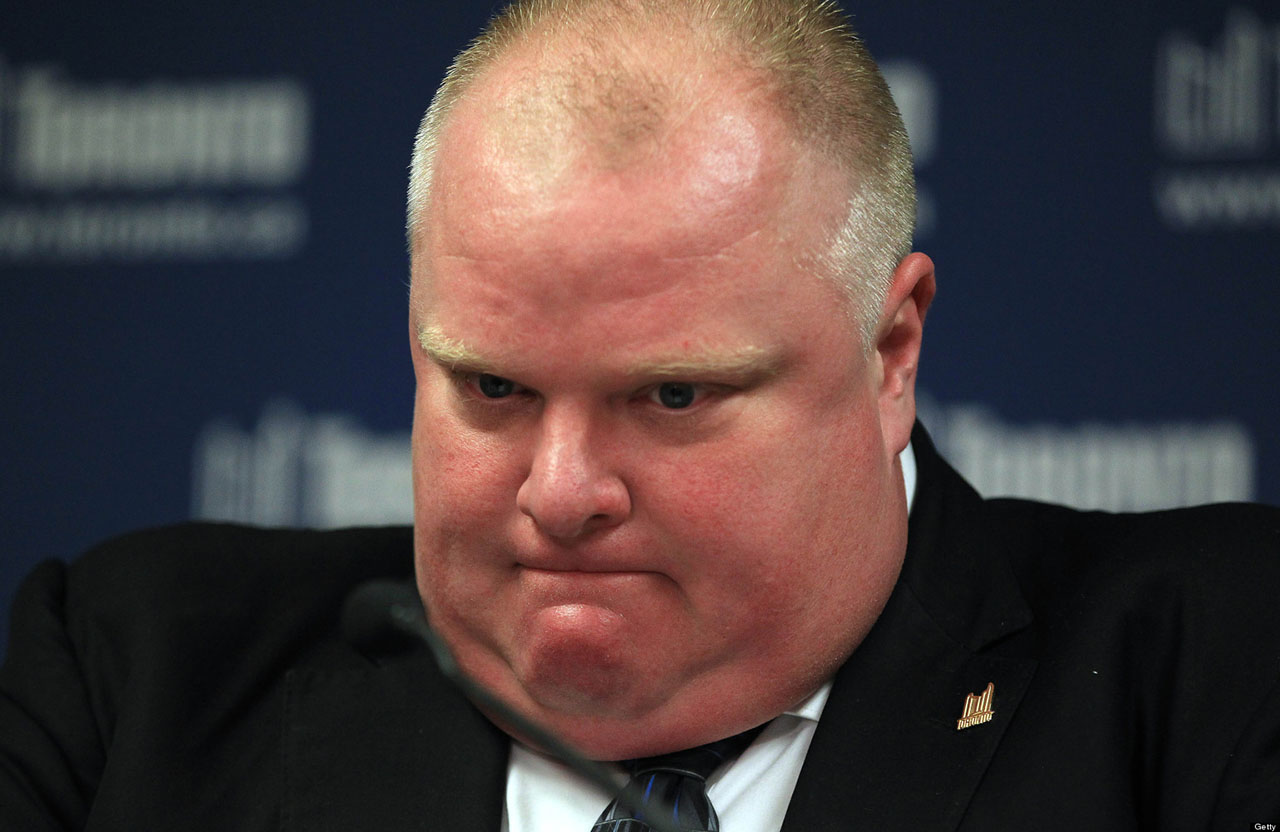 Well,  several days back I was working on a Rob Ford satire in which his behavior would go several steps beyond…  but I couldn’t get it right to my own satisfaction and I decided that the thing would die down some… that he would be less of a berserker than he had been. But noo.

Anyway, this is the thing I wrote last week.  It needed work but I probably should have posted it.  Here it is…

Another scandalous video of Rob Ford found its way to the Toronto Police Department on Friday, November 8. The video, sent by an anonymous source clearly shows a naked Mayor Ford chasing a half-clothed young boy around his house waving a pistol. Ford is shown shouting, “You f….. whore! Cheat on me! I’ll tear out your eyeballs with my teeth and spit them up your asshole!”

What happens next is difficult to make out due to a shaky camera, but Ford appears to be on top of the boy and what appears to be blood can be seen flowing out onto the floor. We hear screams and then the camera shows some hands grabbing at a pair of shorts on someone’s torso, presumably the boys. However, at that point, the camera pans to Ford’s occasional driver, Alexander Lisi, laughing uproariously.  Lisi is heard saying, “Yo. Mister Mayor Rob. Let’s go light some bums on fire like we did last week.” With that, the video comes to an abrupt halt.

In a hastily assembled press conference, a disheveled looking Ford began by mumbling some apologies, but suddenly spinned around, looked behind himself and screamed, “Put down the f….. axe!”  There was nobody behind the mayor.

With that, Mayor Ford turned back towards the assembled media, pulled out a  handgun and fired three shots into a camera owned by the CBC.  As the assembled crowd crouched low and scrambled for the door, Ford laughed and shouted, “What’s the matter. Ain’t you never seen a crackhead waving a gun around before” and fired another shot, barely missing a reporter for the US Fox News channel. He then said, “Americans will stop laughing at us wimpy Canadians now!”

Mayor Ford exited the news conference through the back door without further comment.  His approval rating rose to an unprecedented 79% in the aftermath of the press conference